Studio artists Declan Byrne and Fergus FitzGerald having a great time collaborating and connecting with other artists this week at the European Art Summit hosted by Project Ability in Glasgow. The European Art Summit welcomes artists from Scotland, England, Ireland, and Germany for a three-day residency surrounding the theme of Friendship.

Here is studio artist Fergus FitzGerald’s account of his time spent engaging at Project Ability
‘Declan Byrne and I were doing art at Project Ability with some other art centers and some Scottish Camphill at Newton Dee and I have twice gone to Newton Dee. It was a part of The European Art Project and I painted some pictures of places. I have gone to and wrote onto them before I started some etching and printing art and I wrote onto some of it. It was Valerie’s idea. She is a native of Cork and of Middleton and is Irish but now that she lives in Scotland for many years and in Glasgow, she has a Scottish accent! She coordinates the studio at Project Ability for a few years now. We prepared for a European Art Project exhibition in relation to the opposite of Brexit’ (Fergus FitzGerald). 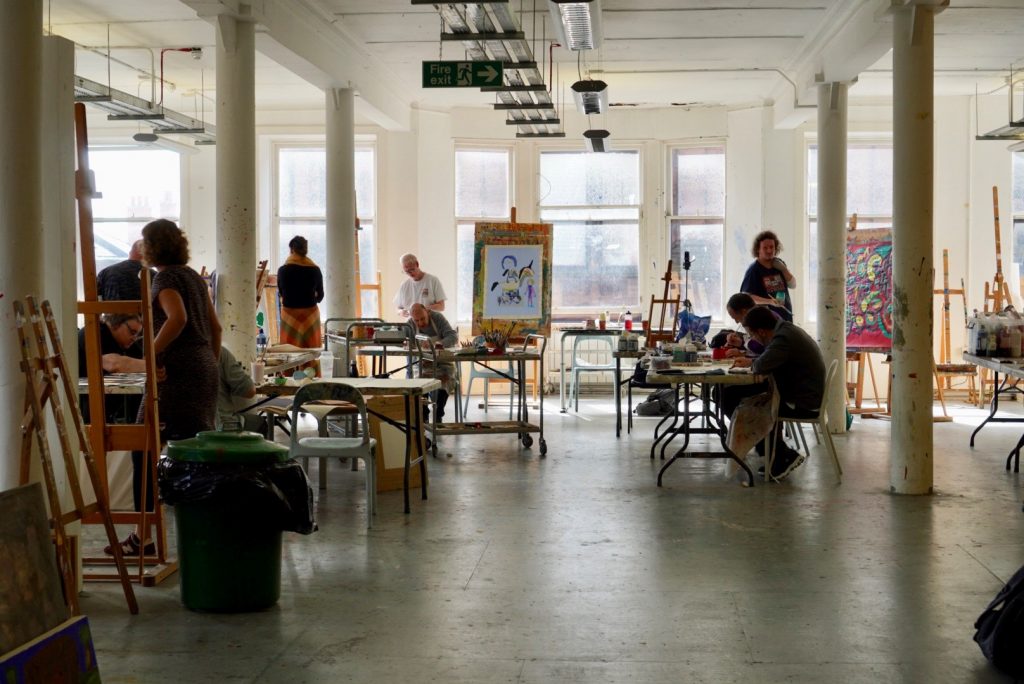 Busy in the studio at Project Ability, Trogate 103, Glasgow.