The animation is available now and for the coming weeks. It is Andrew Pike’s wish to offer his new animation to the world in the spirit of a Christmas connection. To compliment Waiting for Bucket, Pike’s two other animations ‘Uselessseas’ and ‘Going to War Over a Bannana Truck’ are now also available to view online until January 31st.

‘Waiting for Bucket’ was developed over a four-and-a-half-year period. In that time Andrew worked with film maker Éamonn Little to complete the production. Drawing on the themes and title of the seminal Becket work ‘Waiting for Godot’, Pike playfully developed plot lines, story and characters for his third animation.

Though most well-known for his paintings, Pike has gained a reputation as a multidisciplinary artist, with interests and projects working in theatre, film and design. He has award-winning animations to his credit as well as co-designing the Big River Parade with Sinéad Fahey and Macnas. Andrew has a considerable track level of exhibiting in Ireland and Internationally. He has shown work at leading galleries, institution and festivals, including The Butler Gallery Kilkenny, Galway Arts Centre, Film Base Dublin, British Film Institute and the Belgrade International Film Festival. His work is represented in national and private collections including The National Self Portrait Collection of Ireland. In 2019 he received an honorary fellowship from GMIT in recognition of his contribution to the arts. In addition to his artwork, Andrew has been a regular speaker at symposia, conferences and artist talks, speaking about his work, advocacy and various related interests.

KCAT is a multi-disciplinary Arts Centre in Callan, Co. Kilkenny, Ireland; dedicated to the fostering and nurturing of creative ambition and professional development in the arts.

We have four key pillars:

The Other Space – An online project space for KCAT and invited artists to present work and ideas.

We believe that everyone, regardless of background, age, gender or ability should have access to a creative world – as students, participants, artists or audiences. 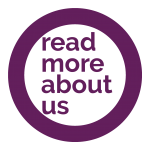